Communication Power of Politicians in a Digital Age (CEPOL)

Consequences for Participation and Democracy. 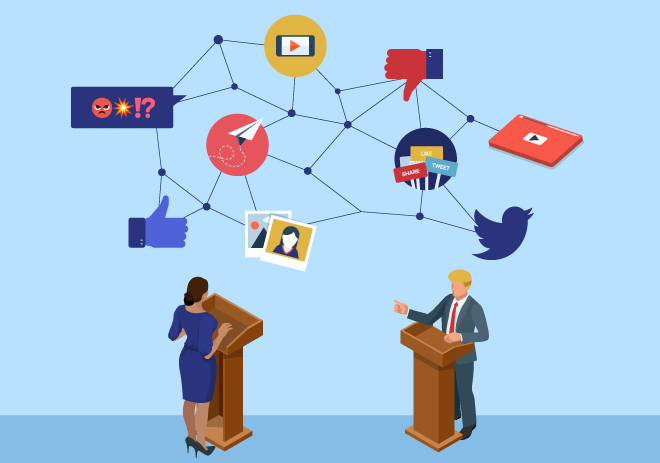 Digitalization challenges the traditional role of mass media as gatekeepers and distributors of political information in the public sphere. Thus new opportunities open up for politicians to set the agenda and communicate with voters. In the current political climate, this development has caused international concern, with the Brexit vote and the Twitter communication of Donald Trump as imminent cases.

The CEPOL project studies the implications of this development for representative, deliberative and participatory democracy by studying politicians’ agenda setting and framing powers vis-a-vis citizens, and relates this to citizens’ behaviour in the digital political communication system.

On the one hand, digitalization can be positive for representative democracy, by enabling effective dissemination of political information and direct communication between politicians and citizens. On the other, it can give politicians excessive power vis-à-vis their voters. For deliberative democracy a main question is whether increased media power of politicians leads to an open and pluralistic public sphere, or whether it leads to polarization and the formation of echo chambers and ideological clusters. For participative democracy, a core issue is whether digitalization leads to more civic and political participation, across social groups, and what role political information emanating from politicians play in this context.

CEPOL finally uses findings from the empirical studies as basis for a normative discussion of the implications of the new media power of politicians to representative, deliberative and participatory democracy.