A broad thematical and geographical catchment area shall provide new insights when two researchers from the Centre for Research on Civil Society and Voluntary Sector edit a new book series for an internationally acclaimed publisher. 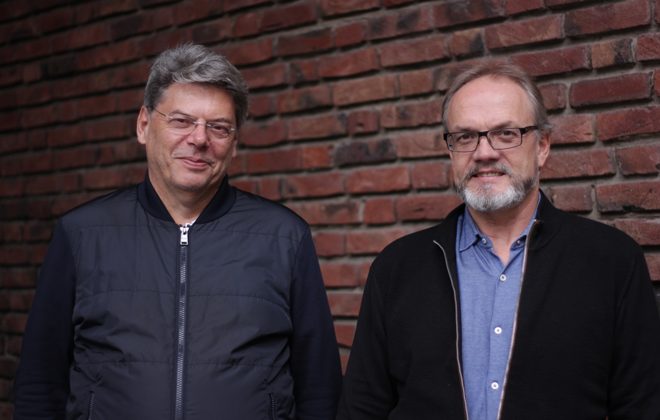 Researchers, Bernard Enjolras and Karl Henrik Sivesind, have entered into an agreement with British publisher Palgrave Macmillan to create a new book series on civil society and the voluntary sector. Both researchers shall edit the book series placed at Level 2 in the system for scientific publication channels. The third co-editor is Professor Håkan Johansson from Lund University.

“The books shall investigate classical questions related to civil society and volunteerism, but we also want to extend this perspective by highlighting the role and challenges of the Global South and non-democratic countries as well,” says Bernard Enjolras, Manager of the Centre for Research on Civil Society and Voluntary Sector. The centre is a cooperation between the Institute of Social Research and the Norwegian Research Centre (NORCE).

The book series titled Palgrave Third Sector Studies Series shall set out a broad perspective on what the editors call ‘the third sector’, i.e. not defined as either public or private sector. In addition to traditional volunteerism, for example, a corps, sport clubs and charities, the series shall also cover topics such as philanthropy, social movements and online activism.

The editors want to create a cross-disciplinary meeting place for various analytical perspectives on these topics. They encourage writers from a broad spectrum of professional fields, including political science, sociology, anthropology, finance, law, history, social psychology and public administration to contribute to the book series.

“Civil society plays a large and important role in today’s society, at the same time as technological and social developments continually change the field. As a result, we must use a number of different perspectives and professional traditions to analyse and understand this phenomenon,” explains Enjolras.

Even at this early stage, all three editors have a comprehensive list of the topics they want to include in the series and potential contributors. The plan is to publish at least three books from 2021, inclusive. The most important target audience is researchers and students, but Enjolras says their ambition is to also reach farther afield.

“The voluntary sector is becoming more and more professional and there is an increased demand from actors for research-based knowledge. We therefore hope that these books will be useful to those working in the third sector,” says Bernard Enjolras.