The future of working life in a gender equality perspective 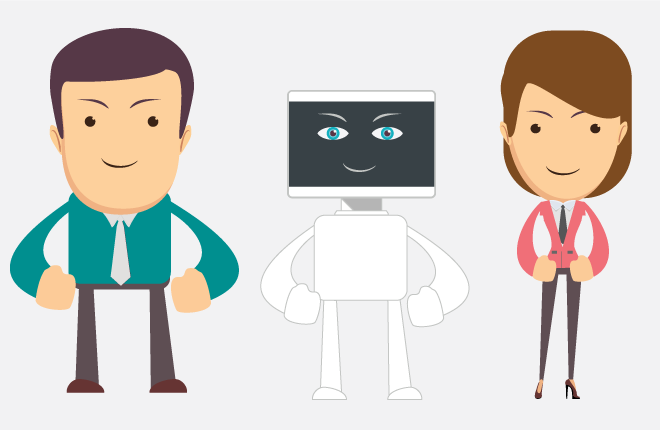 At CORE – Centre for Research on Gender Equality, one of our current commitments is the study of gender equality in the light of changes in working life and in the labor market. Our aim is to conduct research on the gender implication of different development trends in the labor market. One goal is mapping how big changes that result from the “technology revolution” (which has led to a rapid development in the digitalization of working life), affect gender relations and gender equality. Another trend concerns changes in the forms of employment. Globalization and migration have contributed to a shift in the rules of the labor market, which is also affecting gender equality. These trends are understudied from a gender equality perspective. We believe that it is important to understand how such big processes also influence gender equality and gender relations.

To gain knowledge on the future of working life, we want to focus on the mayor changes referred to as the “Fourth Industrial Revolution” – where robots, big data, automated control systems and artificial intelligence have the potential to dramatically change working life. Some knowledge and expertise have become more demanded, while other forms have lost their importance, or become redundant. Among the changes that have taken place, the literature points to both knowledge-intensive technical change, to polarization in the labor market, and to de-industrialization because of subsequent structural changes. We want to investigate whether women and men have different effects from these changes, because of the gendered structure of the labor market. Additionally, we want to know whether there is a gender dimension of the changes resulting from technological development, and in that case: what can we expect to see in the future? Bluntly put: who will benefit from the robotic revolution: women or men? This includes examination of the effect on the gender distribution in labor markets. What types of jobs are challenged? Is it the typical women’s jobs, men’s jobs or gender-balanced jobs? In addition, we want to distinguish between direct effects for companies and industries that are changing due to technology, and the so-called indirect effects that comes from structural changes caused by unbalanced growth in productivity. We wish to analyze both the direct and indirect effects, and our focus is twofold. Firstly, how does structural change relate to the gender segregated labor market? Secondly, what does new and changed forms of employment mean in a gender equality perspective? Increased access to temporary employment can affect the labor market in several ways because it changes the cost of hiring and dismissing employees. We can interpret the changes the Working Environment Act from 2015 as a reduction in the cost of a job. The risk related to hiring has declined, and it has become cheaper than before. Easier and cheaper access to temporary employment will increase the proportion of temporary jobs, but at the same time have an uncertain impact on total employment. Because of the changes in the Working Environment Act, access to temporary employment for a period of up to 12 months has increased, which led to a rise in the proportion of short-term jobs without contributing to overall employment growth. The increase occurred in industries with an already high proportion of temporary/short-term employees, and in low-wage jobs (Strøm, von Simson and Østbakken 2017). We know little about how, and if, temporary employment is connected to gender differences in future career and salary development. Not least, it is important to examine what happens to gender equality in working life as the proportion of temporary employees increases, since women traditionally have had a looser labor market connection than men and since women constitute a majority among the temporary-employees (62 percent in the period 2010-2016). We can use the reform as an instrument for the proportion of temporary employees in a company, and examine the effect of an increased proportion of temporary employees on women's relative labor market outcomes, including wages, wage growth, sickness absence and career advancement.

Thirdly, we will examine how globalization, both in terms of increased trade and immigration, affects the labor market, especially with an interest in how households are affected by such transforming processes. We will analyze various structural changes, including how increased labor market competition due to immigration from Eastern Europe affects the relative balance of power in Norwegian households. Studies have shown that men working in industries that directly compete with immigrants have had a negative development in wages and employment. An interesting question is whether the negative “shock” to men was counteracted by the fact that women in households increased their job offer, as a response. It is also conceivable that such changes have further consequences for gender equality, for example by the fact that the household shares the maternity leave more equally, that women through increased labor market connection have a greater chance of getting into management positions, etc. Immigration for Eastern Europe is one example of a structural change. It would be interesting to also look at other structural changes such as the “Oil Shock” in Rogaland in 2013-2014, which mainly affected men, but a slightly different group, tending to have higher education. It will be of interest to study the effects of such shocks, but we believe that they also can provide a broader understanding of the effects of transition and change in working life on gender equality.