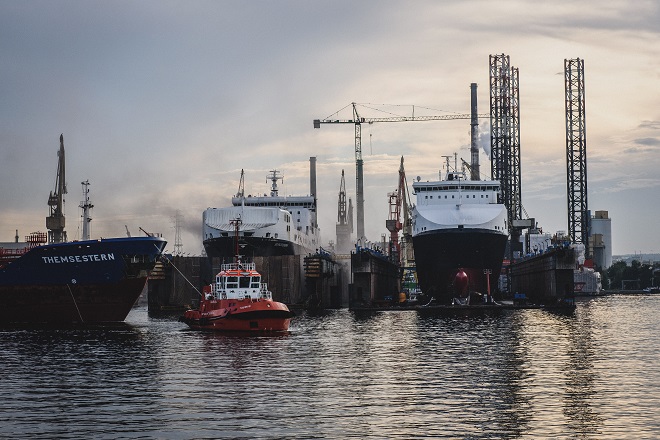 The shipbuilding industry is often portrayed as the archetype of economic globalization. Faced with fierce global competition, especially from Asian producers, shipbuilding in Europe was believed to be a ‘sunset industry’. However, the 2004-2007 EU enlargements altered the choices set for shipyard employers. Companies in Northern European shipyards not only outsourced parts of their production to countries such as Poland and Romania, they also increasingly used (external) posted and agency labour in their ‘in-house’ production prompting labour market segmentation and more precarious types of contracts.

More recently, rapid technological innovation and stricter emission requirements open up – once again – for new production and staffing strategies that might spur demand for more skilled labour. Yet, so far, we know little about the determinants and interactions between increases in cross-border production and staffing strategies in an enlarged European Single Market. Knowledge on the interaction between these processes is important because changes in staffing strategies not only change the terms under which workers are employed – be it via temporary agencies, subcontractors or via posted worker contracts – they also inherently destabilize nationally based industrial relations’ systems.

We propose to study the reconfiguration of employers’ production and staffing strategies within a global but regionally concentrated industry from a comparative perspective. We will examine

The case of Shipbuilding in the European Single Market

Shipbuilding offers a special case because it allows for examining changes in production as well as staffing strategies and the resulting changes in economic and social cleavages. The development of changes in production tells us that the evolution of transnational manufacturing networks within the Single Market has resulted in highly fragmented and geographically dispersed production and labour processes in a range of industries. The development of cross border mobility of labour and services shows that employers’ enhanced access to foreign labour hired as posted workers in industries such as shipbuilding, construction and transport tend to undermine national industrial relations institutions through the introduction of alternative staffing practices and ‘regime shopping’ on the site.

Yet, research has so far not comprehensively clarified how processes of cross-border production and staffing strategies interact and how producers in the labour-exporting and importing states in different regions of the EU/EEA are disparately affected by such changes. Studies of cross-border mobility in the context of eastern enlargement have tended to either focus on sectors where capital (production) mobility is prominent or on those where labour mobility is prominent. What is missing is research on the double mobility, where both capital (production) and labour mobility occur, possibly in opposite directions.

This comparative four-year project anchors the examination of production and staffing strategies in yard companies in Norway, Germany, Italy, Poland and Romania – all central shipbuilding nations. While globalisation is often conceived as a harmonising force, its local effects are highly contingent on nation-specific institutions and actor responses.

Thus, these countries provide variation in the actor constellations and institutions governing employment protection, collective bargaining and voice. Their yards also fill different roles in the changing division of labour in the European industry. Have Norwegian, Italian and German shipyards mainly relocated their production eastwards through acquisition of subsidiaries in Poland and Romania? And has skilled labour from Polish and Romanian yards largely been hired by Norwegian, German and Italian yards, often as posted workers? Or do we see other constellations emerging? How does the introduction of new production technology alter these patterns?