The project identifies the norms that determine (non-)deportability and theorises the scoping conditions under which they are promoted and contested. 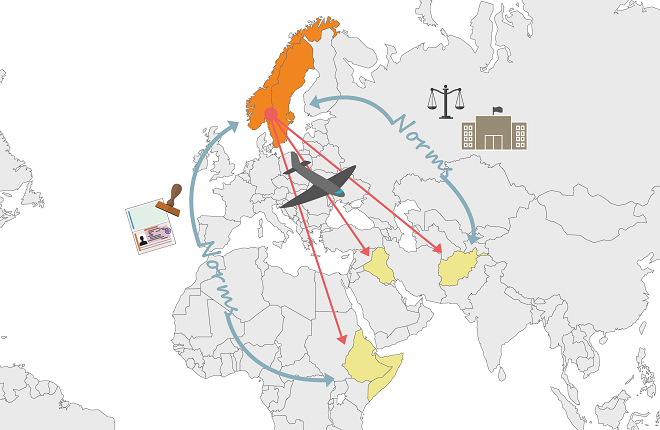 Liberal European host states cannot unilaterally send migrants back to the origin state they come from. They depend on the origin state’s political willingness to readmit these migrants, and they depend on its practical assistance with identification and travel documents.

Without this kind of cooperation with origin states, immigration law may not be enforceable. Yet origin states have political, economic and cultural reasons not to collaborate. This partly explains why relatively few—less than half—of Europe’s unauthorised migrants are deported.

Conceptualising this as a conflict of interests, legal scholars and political scientists have focused on the incentives and coercion used by the host state to elicit the rational compliance of the origin state.

NORMS takes a path less trodden and trail-blazes an exploration of social norms in this field. We look at how state agents from host and origin states alike seek to legitimise or de-legitimise deportation, promoting competing norms in a contested policy field.

We take a practice-oriented and cross-country comparative approach to these norm dynamics. The comparative design includes one host state with high deportation rates (Norway) and one with low deportation rates (Sweden), as well as four unconsolidated states of origin (Afghanistan, Iraq, Somalia and Ethiopia).

Moreover, NORMS also examines norm dynamics at the supranational level, as narrated by Norwegian and Swedish police officers who have participated in return operations carried out by the EU agency Frontex.

The project identifies the norms that determine (non-)deportability and theorises the scoping conditions under which they are promoted and contested.