A Longitudinal and Comparative Approach 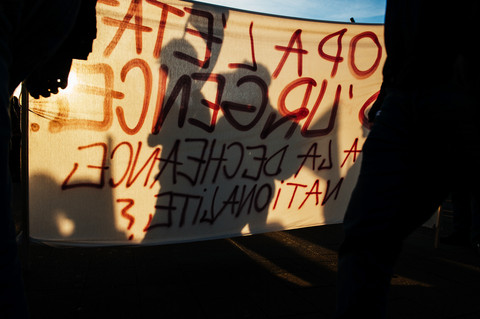 The overall aim of the project is to examine how disruptive action aimed at doing harm and create fear influence the social capital and resilience of societies. The consequences of the terrorist attack on the 22nd of July 2011 are at the core of the project, but great emphasis is also placed on comparing experiences and consequences of disruptive events in different countries, more specifically in the US, Spain, France and Finland.

Deliberate and malicious disruptive actions such as terror can affect stocks of social capital. These effects play out differently in the short and long term and vary between contexts. Such disruptive action may enhance a sense of risk, worry and increased awareness and lead to political consequences such as decreased out group trust and political polarization.

By comparing five different societies, with different historical backgrounds and different experiences with terrorism, the project seeks to shed light on which factors are of importance in shaping societal reactions to disruptive events. If an enhanced sense of fear and awareness persists over time after a terrorist attack, this may influence social capital in society, in other words, networks and norms of collaboration. At the same time, the prevalence of social capital in a population can strengthen a society's resilience, for example by curbing fear and improving conditions for mass mobilizations in the aftermath of shocks.

Milestones in the project

When this project was first designed, we added the possibility of carrying out flash surveys in the aftermath of terrorist events, in the case that such events would occur in Europe or the US during the project period. After the Paris attacks in November 2015 we decided to do a comparative survey on fear of terrorism, trust and political reactions in our four countries, also including France.

Preliminary analyses show that levels of fear were considerably lower in Norway and Finland than in the three other countries right after the attacks, and that the populations in France, but also in Spain and the US expressed stronger reactions to the events. A set of comparative articles are now being developed based on these data, on the relationship between use of social media during the attacks and fear, on fear and attitudes towards different aspects of immigration policies and on the occurrence of online hate speech in this period.

After the Nice attack in July 2016 we also carried out a short survey in France. This survey will enable us to study changes in trust and fear in the period from the Paris attacks on and also, to discuss the consequences of being exposed to repeated terrorist attacks.

In order to delve more deeply into people’s experience of the danger of terrorism and what terrorism might potentially do to society, we carried out five focus group interviews in Norway, with participant in different age groups and with a Muslim and non-Muslim background. Among the themes discussed was the experience of 22nd of July and of the current danger of terrorism. Based on these interviews we will write papers about how different groups understand and interpret terrorism and about what conditions resilience.

In December we are carrying out a new wave of surveys in the five countries, which will also be useful for studying changes over time, and for evaluating the contextual factors that are of importance in shaping the responses to terrorism in different societies. In this survey we also examine how respondents react to different forms of terrorism, both right wing and ISIS-related.