Gender equality in academia under pressure?

Critical perspectives on the promotion of internationalization and excellence in academia were discussed at the NORDICORE seminar. 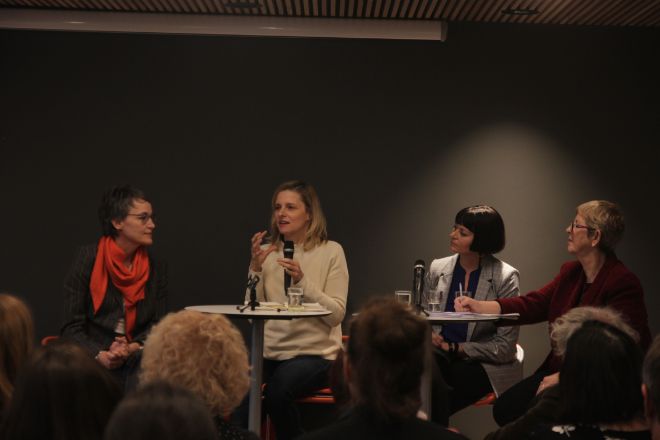 Is the increasing emphasis on internationalization and excellence in research an obstacle to gender equality in academia? By framing the question this way, one might get the impression that women are not excellent, but the question actually has its origin in a research field that problematizes the reward structures in academia. What does it mean that excellence and internalization are what is valued?

Some scholars argue that increased focus on internationalization, mobility, and excellence creates barriers to women’s academic careers and impedes the progress of gender equality. An opposing claim argues that increasing emphasis on international networks and measurable excellence criteria may in fact help break down old academic hierarchies and nepotism in hiring and promotion. So, which of these hypotheses has empirical backing?

We invited four distinguished scholars in the field to enlighten us at the seminar organized by NORDICORE, the Nordic Center of Excellence for Research on Gender Equality in Research and Innovation, on the 7th of November.

First, we heard from a professor in sociology at the University of Limerick, Pat O'Connor. She problematized the evaluation practices in the university sector, especially the use of excellence as an assessment criterion. According to O’Connor, excellence has become a “hooray word” in academia, which is presented as a clearly defined and neutral criterion, but which in practice has gendered consequences.

O'Connor argued that the concept contributes to legitimizing the status quo and that the explanation for relatively fewer women in top positions is that they are not excellent enough. Rather, O'Connor argued that micropolitical practices are played out in assessment situations, which leads to fewer women reaching the top. Amon these practices, she highlighted the underestimation of female candidates, encouragement of local candidates, and tendencies to ignore the framework of the assessment situation.

Diversity as a brand

Northeastern University Professor of Sociology Kathrin Zippel focused on the question of whether globalization of academia lead to opportunities or obstacles for female academics.

Zippel demonstrated how some women could have a particular advantage of internationalization being emphasized in academia—mainly, female researchers from the US. Because US academics have such a high status abroad, any possible gender-based devaluation will be overshadowed by this status.

However, she emphasized that this is not necessarily the case for other female academics, and the international research world may be structured differently for women and men. Finally, Zippel urged systematically thinking about how to internationalize gender equality strategies and "gender" internationalization strategies.

Associate Professor Erin Cech from the University of Michigan rounded out the seminar by commenting on other contributions. She applauded her colleagues for problematizing what it means in practice when universities say they emphasize excellence, internationalization, and diversity and what implications these reward structures can have for both genders.

It is not a given that increasing demands for internationalization are negative for women—at least not for "all" women, if we believe Zippel. How and in what ways these and other research policy measures and trends affect women and men will continue to be empirical questions.

Watch streaming from the event here