How much of Norway's wealth is due to women's increased participation in the workforce since the 1970's – and what if women worked as much as men?

The CORE-indicator: Economic benefits of women in the workforce shows how much women's participation from the 1970's has contributed to Norway's GDP. The indicator is based on Kjersti Misje Østbakken's research:

– I've looked at how much of Norway's GDP that can be explained by how many people that work, how much they work and how this differs between women and men, says Misje Østbakken.

– The educational revolution, modernization, technological change and wage growth have led to increased female labour supply. Growth in the service sector, in particular due to the expansion of our welfare state, led to higher demand for labour – especially female labour. In addition, the Gender Equality Act and the ILO Equal Remuneration Convention prohibited direct and indirect discrimination, and the introduction of generous welfare- and family policies, as well as access to part time work, reduced some of the barriers women experienced, says Misje Østbakken.

If there hadn't been a growth in employment among women since 1972, Norway's economy would look quite different. In fact, Misje Østbakken's research shows that Norway's accumulated mainland GDP would be 3,3 trillion NOK lower over the entire period from 1972 - 2013: 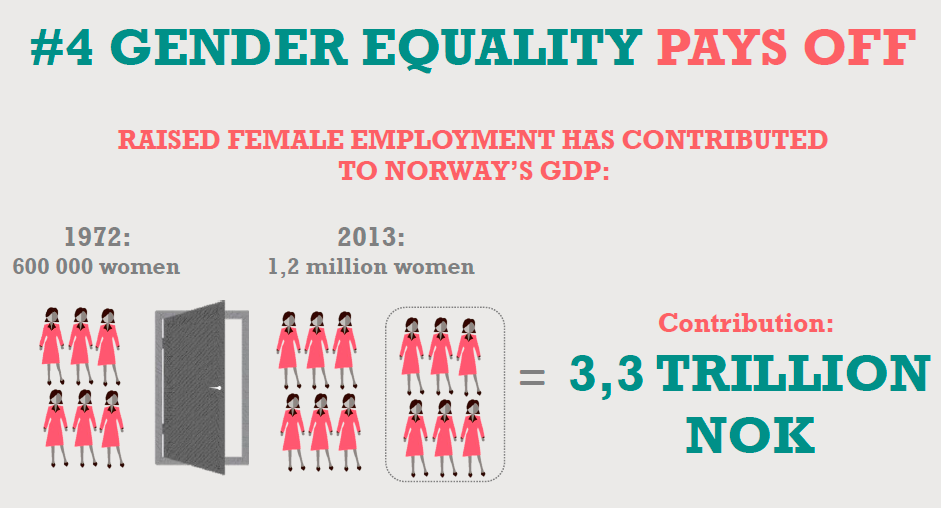 Although the participation in the labour market is gender balanced, the part time share among women is still high. Nearly 40 percent of employed women work part-time. What if women worked as much as men? Misje Østbakken demonstrates that the accumulated GDP would have been 2,3 trillion NOK higher in the 40 years period from 1972 – 2013: 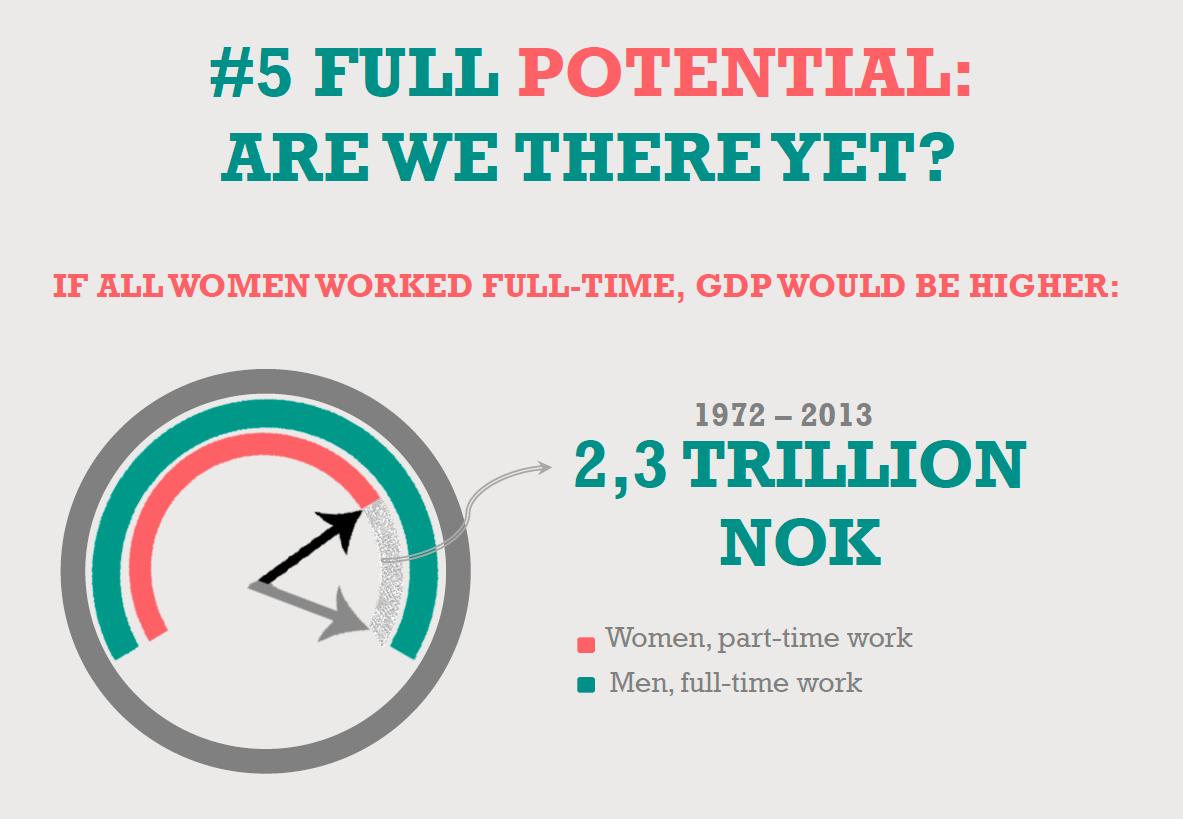 The CORE-indicator illustrates that despite the fact that Norway is one of the most gender balanced countries, we still have underused and valuable labour reserves among women, says Misje Østbakken and concludes:

– We have not reached our full economic potential yet.

Thursday 12th October, Misje Østbakken presents her research at the Barbershop Conference, where she holds the presentation "Economic benefits of women in the workforce".